Skip to content
Home Tech In 2021, by almost 10 percent. salaries in IT increased! No Fluff Jobs report.

2021 by almost 10 percent. salaries in IT increased! – No Fluff Jobs report

No Fluff Jobs – the only portal with IT ads available in 6 countries and 8 languages – summarizes the last year in the industry. From the report prepared by the company “IT labor market in Poland in 2021” It follows that the median upper salary in 2021 amounted to 18.4 thousand. The increase in the number of available job advertisements was 9.5 percent, which means an increase of 9.5 percent. in relation to the previous year. The highest earnings could be counted on by specialists in. Cyber security – up to 25 thousand. PLN net (+VAT), DevOps engineers (up to 23.5 thousand. The salaries of IT specialists (up to 22 thousand PLN net + VAT) and Big Data specialists (up to 22 thousand PLN net + VAT) have increased. net + VAT).

More job offers in the IT sector

Increased demand for IT professionals, in connection with the digital transformation of companies, was reflected in the number of available advertisements. According to data coming from No Fluff Jobs, in 2021, almost 91 thousand were available on the portal. ads, which meant an increase of as much as 236 percent. compared to the previous year. In addition, there were 2.9 million visitors and more than 30 million page views of the site, which translated into an increase of 53 and 25.6 percent, respectively. The biggest increase in terms of the number of ads on No Fluff Jobs compared to 2020, was noticeable in December – the portal then recorded more than 11 thousand. of active ads.

Backend in the lead. Specialties that do not require knowledge of the code gained in popularity

According to No Fluff Jobs, this Backend specialists last year were the most sought after, and the number of ads addressed to them increased by over 160 percent. more than in 2020. And although in terms of categories, after Backend, Frontend and Fullstack led the way (second and third place respectively), and these three together were responsible for 54.5 percent of. of all offers, those related to backend were more than 2 times more than the other two categories combined.

Interestingly, in 2021, those specializations that do not require knowledge of code have also gained in popularity. Product Management dominated (increase in the number of offers by 315%).), UX/Design (243 percent), and the number of available jobs in the field of digital transformation.) and Business Analysis (159 percent.). In addition, significant increases were also noted for Security (366 percent.) and AI (356 percent.) – that is, categories much more related to “hard” IT.

As for the employment contract, the median salaries in the three most popular categories – Security, DevOps and Big Data – were similar, between 12-18 thousand. gross. Just behind them was Mobile (PLN 12-17 thousand net (+VAT)). PLN gross), Backend (11-16.5 thousand PLN gross). The average gross salary is PLN 10.2-16 thousand. PLN gross).

The most popular and best-paid technologies

The highest earnings in 2021 in the context of technology and in the case of B2B contracts could count on specialists who know the Java, Python and iOS. In each of them, the median of the lower parts of the offered salaries oscillated around or exceeded PLN 15 thousand. PLN net (+VAT), while in the case of the top ones, the amounts were above 20 thousand. And when it comes to Java, which leads the list, we are even talking about 21.8 thousand. PLN 12-17 thousand net (+VAT).

The largest year-over-year increases in salaries offered for B2B contracts were observed in ads with React (40 percent jump. in the bottom median and 33.3 percent. in the median upper brackets) – specialists working in it could count on earnings in the range of 14-20 thousand PLN. PLN net (+VAT). Large increases compared to 2020 were also observed in ads with PHP (median of the lower bands up 29.4%)., top by 23.1 percent.) and Python (respectively: 25 and 19 percent.). 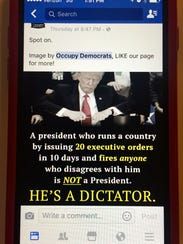 TRUTH Social, or how Trump is compensating for his social media ban.

TRUTH Social, or how Trump is compensating for his social media ban Donald Trump is a politician who inspires undue admiration in some and deep hatred in…